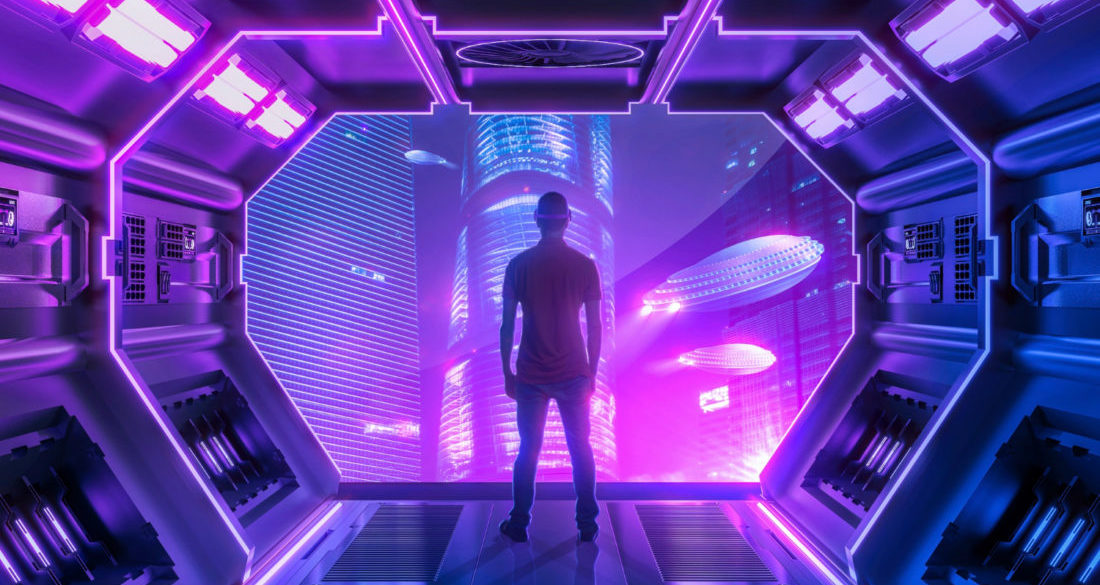 Hey, Film and TV Industry: Are You Paying Attention to the Metaverse?

Facebook announced that its parent company changed its name to Meta at the end of October. A few minutes after the announcement by Mark Zuckerberg, Google searches for the term metaverse took off. And today there’s daily news on someone doing something in the metaverse.

But the idea of the metaverse is not something new. It’s a term that emerged in the 1980s with the book “Snow Crash,” a classic of cyberpunk literature that envisions a virtual reality-based successor to the internet.

In the novel, people use digital avatars of themselves to explore the online world, often as a way of escaping a dystopian reality.

Do you remember a game called “Second Life,” launched in 2003? You could buy digital property and clothes with real money and hang out with other blocky avatars. It was early days. Naysayers in Silicon Valley liked to say ”Second Life” was for those who didn’t have a first one. Maybe it was too early to talk about avatars, but perhaps they were
visionaries.

Guess what? It’s still alive! As of 2021, the game has reported around 64.7 million active users on its platform and an economy
worth $500 million. 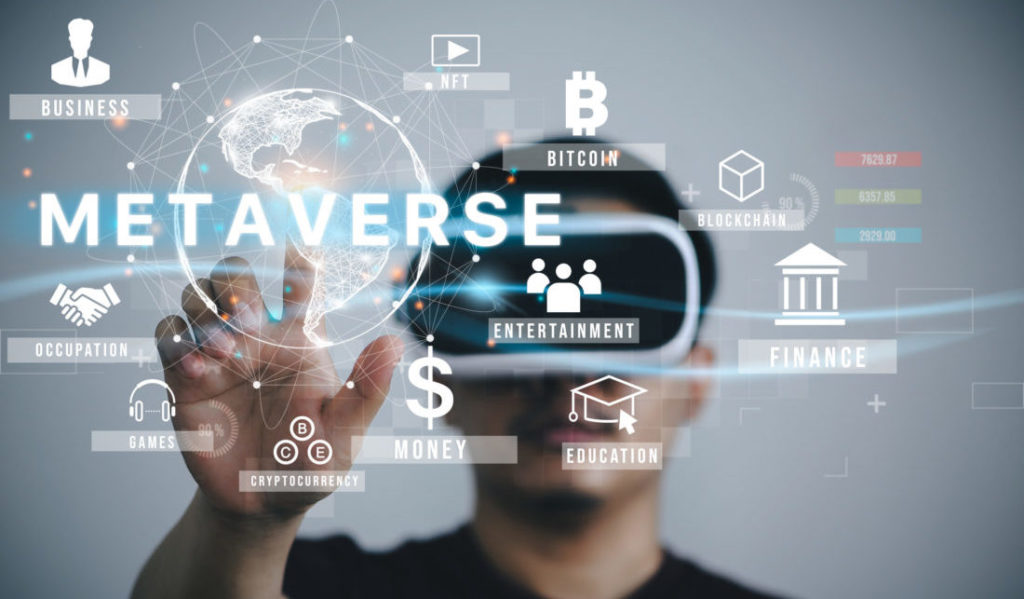 The metaverse implies the creation of virtual worlds on a human scale in which users can interact naturally and even carry out “physical” activities, such as attending a concert, playing tennis, or flying on a plane. People can interact with avatars that benefit from the latest technol- ogies associated with virtual reality goggles and control devices by connecting to the metaverse.

It gives people a new communication experience where, on this occasion, the audience is not a mere spectator but the protagonist of the content.

Contrary to a YouTube video or Instagram content where the user only watches passively, the user community will create the product in the metaverse, and all creators will own a part of the content and benefit from its creation.

To be sustainable in a virtual environment, the product must be regulated in a decentralized way through smart contracts based on blockchain.

Telcos will need a robust 5G infrastructure to support the amount of data that will be transferred in this world.

THE METAVERSE IS HERE NOW

If you think all this metaverse talk is too futuristic, think again. These virtual spaces already exist, and many are not even that new. Have you heard of Decentraland? It is a three-dimensional virtual reality platform built on the Ethereum blockchain that stands at the forefront of this growing metaverse trend. It is decentralized and run by the community, providing full ownership to the users of their virtual assets.

In Decentraland, users can buy and sell goods and real estate, play games, get entertained, interact, and trade with other users.

Another great success is The Sandbox. An Ethere- um-based decentralized NFT gaming metaverse that enables non-tech savvy users to create sell, use, and monetize their virtual reality NFTs. The crypto metaverse uses its native token SAND to underpin the entirety of the in-game economy. Recently, virtual land adjacent to Snoop Dogg’s Sandbox estate sold for $450,000 in ETH (cryptocurrency ether).

Another company jumping on the metaverse train is Nike. The company acquired RTFKT, an NFT Fashion and Collectibles startup that “leverages cutting edge innovation to deliver next-generation collectibles which merge culture and gaming.” Founded in 2020 by Benoit Pagotto, Chris Le, and Steven Vasilev, RTFKT has made a name for itself by designing and creating sneakers and collectibles that redefine the boundaries of physical and digital value among the community of creators.

Earlier this year, the creative studio teamed up with digital artist Fewocious to release three NFT sneakers, raising US$3.1 million in seven minutes.

And if you haven’t been living under a rock, you probably have heard of Fortnite. It is the most popular online game globally, with around 350 million users, predominantly men (72.4 percent) aged between 18-24 years (62.7 percent). With several “game modes” and up to 100 players in the same battle, each player has his “skin” (avatar).

The platform is actually a social network given the diversity of interaction possibilities, including communica- tion between players by voice and message. 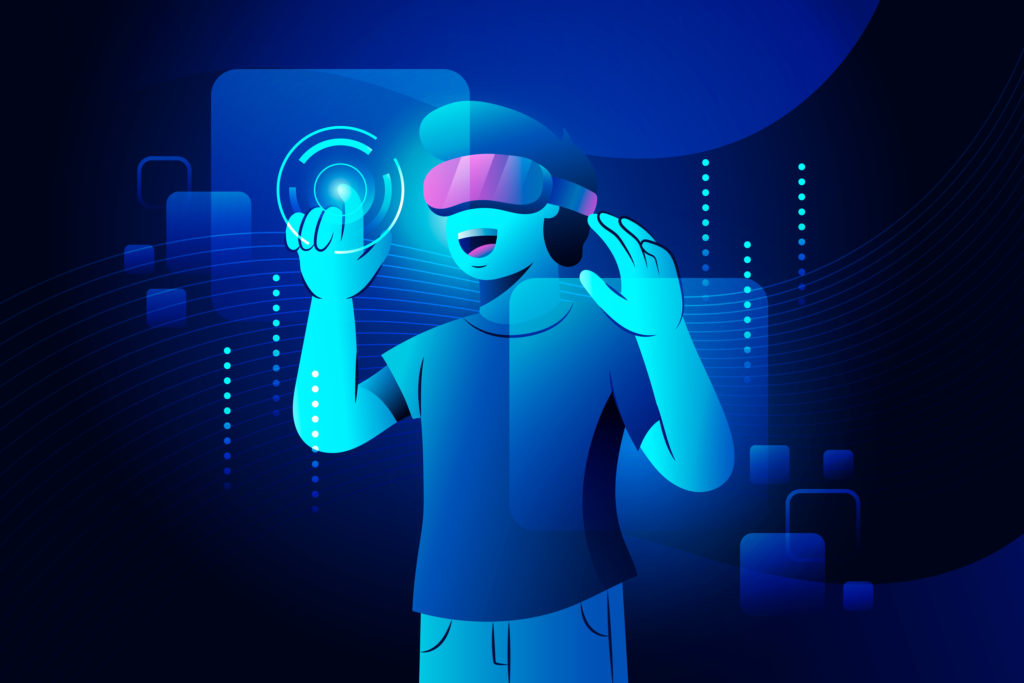 Today’s consumers are connected, fast-acting, and not afraid to adopt new technologies quickly. We seem to be spending more time online, and we could expect this tie
to transition to the metaverse. A Pew Research study from March 2021 found that 31 percent of Americans were almost always online, while 79 percent were online several times a day. And the time spent on these virtual social platforms will only increase.

According to a not-so-new report done pre-COVID-19 by game retailer GAME, gamers have spent the equivalent of over 10.4 million years playing Fortnite.

But it’s not just gaming. People can collaborate, build things together, or simply hang out, watch concerts, etc. Welcome to Brookhaven (200,000 players daily), allows you to develop and design your own amazing house, own cool vehicles, get a job, and hang out with friends. Fortnite has expanded its concerts from season-ending ones with artists such as Ariana Grande, Marshmello (attended by 10.7 million players), Travis Scott (attended by 27.7 million unique users and 12.3 million concurrent access players) to launching a virtual concert series (Soundwave Series).

People are already spending much of their time on the metaverse, particularly the younger generations. Research by Gartner suggests that by 2026, 25 percent of people will spend at least one hour a day in the metaverse for work, shopping, education, social, or entertainment.

You need to be where your fans are. And if they will be in the metaverse, you will also need to be there.

WILL VIRTUAL CINEMAS AND LIVING ROOMS BE NEXT?

There is no doubt the metaverse will enable enterprises to expand and enhance their business models in unprecedented ways. They can provide deeper franchise immersions and new merchandise opportunities.

By 2026, Gartner expects 30 percent of the organizations in the world to have products and services ready for the metaverse.

Therefore, all organizations should begin developing digital business strategies that leverage the built-in infrastructure and participants of the metaverse.

ITV, Britain’s oldest commercial TV network, is trying something new. It has developed an extension of its flagship reality show The Voice into the metaverse.

The partnership with Avakin Live and TikTok will allow users of the platform to perform as an act, a coach, or be the audience in a replica of The Voice’s format.

Anyone can be in with a chance of performing on the show’s iconic stage by recording and uploading their singing videos from the metaverse app to TikTok. It has also re-created its Saturday night game show “The Void in Fortnite Creative.”

With it, Fortnite players can take on their own in-game version of the action-packed challenges in the program.

ViacomCBS is testing the waters into the metaverse and NFTs (more later). The first experiments can be consid- ered basic (AR that was overlaid on the January 2021 Bears vs. Saints NFL game. That it was targeted at a younger crowd should not be unexpected from the company that raised Gen X on a 24-hour music channel (MTV was a Viacom innovation). 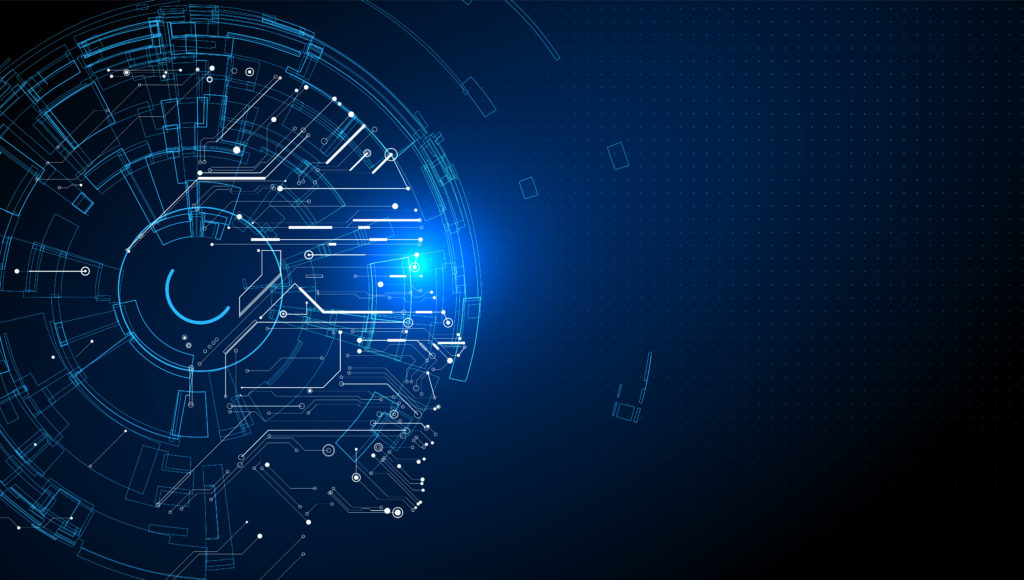 And ViacomCBS is not stopping there. They are exploring how all its intellectual property — from Star Trek to Nickelodeon — can be reimagined in the metaverse.

More recently, the NBA also jumped into the metaverse bandwagon in a move that highlights some of the opportunities the metaverse is offering to sports streaming.

The Netaverse is a VR simulcast of Brooklyn Nets games. But it’s not just a big screen in VR. They’re literally scanning and rendering the actions of all ten players on the court.

In other words, it’s like a real version of an NBA 2k video game.

The Netaverse proves that the tech is ready for live, concurrent digital and physical experiences. If an NBA game can be rendered live with a slight lag in VR, then so can fashion shows, conferences, car auctions, concerts. Both studios and independent producers are also taking steps into this world.

THE POWER OF THE NFT

The metaverse allows franchises to gamify and monetize through non-fungible tokens, known as NFTs. An NFT is a non-interchangeable unit of data stored on a blockchain, a form of digital ledger, that can be sold and traded. Types of NFT data units may be associated with digital files such as photos, videos, and audio.

Fans of films ranging from James Bond blockbuster No Time To Die to independent releases such as pandemic production Zero Con- tact can buy digital merchandise as producers experiment with digital mechanisms like blockchain to fund and distribute content.

Hundreds of thousands of fans lined up a few months ago to buy digital collectibles tied to Warner Bros.’s The Matrix Resurrections movie at $50 apiece.

The NFT marketplace hosting the sale, Nifty’s, had their system swamped and crashed by users, prompting the company to pause the sale.

But the NFT space has gotten very saturated over just the last few months. It’s a space evolving daily, so no one knows where it’s headed.

The saturation has also led to many scammers being present in that environment, looking for quick cash opportunities.

SECURITY CONCERNS ON THE METAVERSE

Content companies and studios must actively explore ways to engage with the metaverse. It may be minting NFTs, planning virtual events, or collaborating with VR/AR companies to create unique experiences. 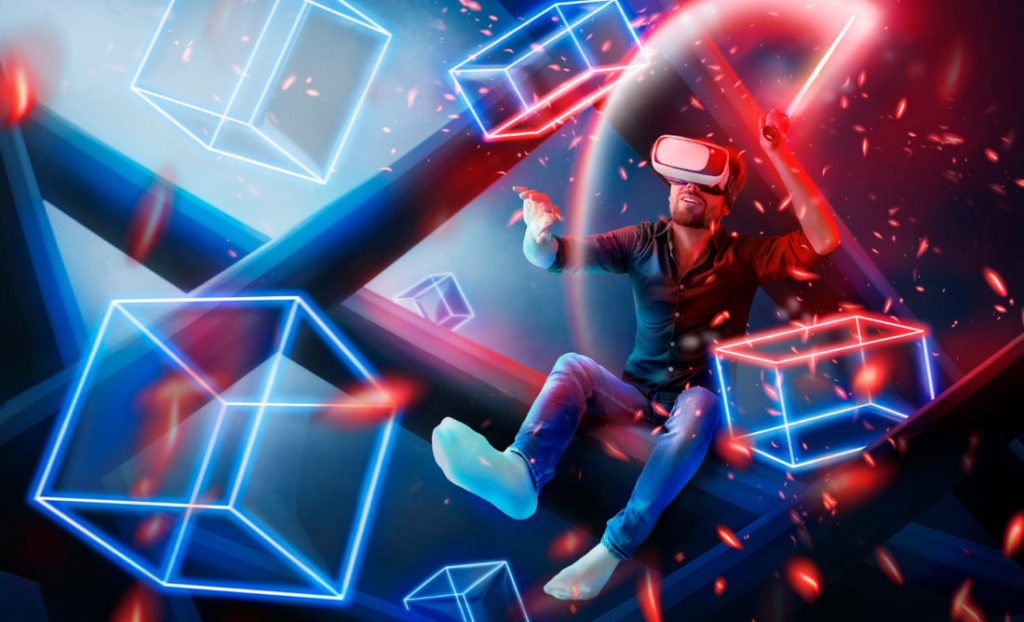 As film studios move into the metaverse, their attack surface will grow exponentially. Security strategies will need to be better aligned across all verticals. The overarching consideration here is content control.

When granting any content licenses for the metaverse, it will be essential to consider who should be able to use or manipulate your content and how they are allowed to do so.

Reinhard Blaukovitsch, the managing director of Denuvo by Irdeto, the global No. 1 application protection and anti-piracy technology platform, recently wrote a blog post about the safety of the metaverse through a gaming lens. He brilliantly covers the issue of tampering with the metaverse components, piracy and what could happen to game cheaters once they are caught.

He mentioned the interconnection between the metaverse and offline economies will increase the number of attempts at theft and fraud. Blaukovitsch says that stakes will be much higher than they are now, so for people to be willing to participate in the metaverse, they’ll need to be 100 percent sure it is safe, and companies will have to work together to keep the user’s account information secure.

This will be our entire digital life, not only with your unique online (and offline) identity but also with your money and sensitive data. Protecting it against theft will be critical for the entire metaverse endeavor’s success. And so will be ensuring that the metaverse users cannot fake their identity.

As a result, companies will not only be metaverse’s enablers, participants, or celebrants, but they will also have to assume the role of authenticators.

They will have to find a way of stopping cheating and fraud in the metaverse so that its users are happy. There are real trade- offs between making an experience safe, balancing privacy, and keeping it fun for everybody.

Sure, blockchain and NFT will be used as guarantees of authenticity in the metaverse.

Still, there will also be a need for more conventional security solutions, e.g., protecting against hacking or tampering. Otherwise, all other security measures will collapse.

THE DIGITIZATION OF OUR LIVES

Though today there is probably a generational divide between virtual worlds and NTFs, we must acknowledge that younger generations live in these worlds today. 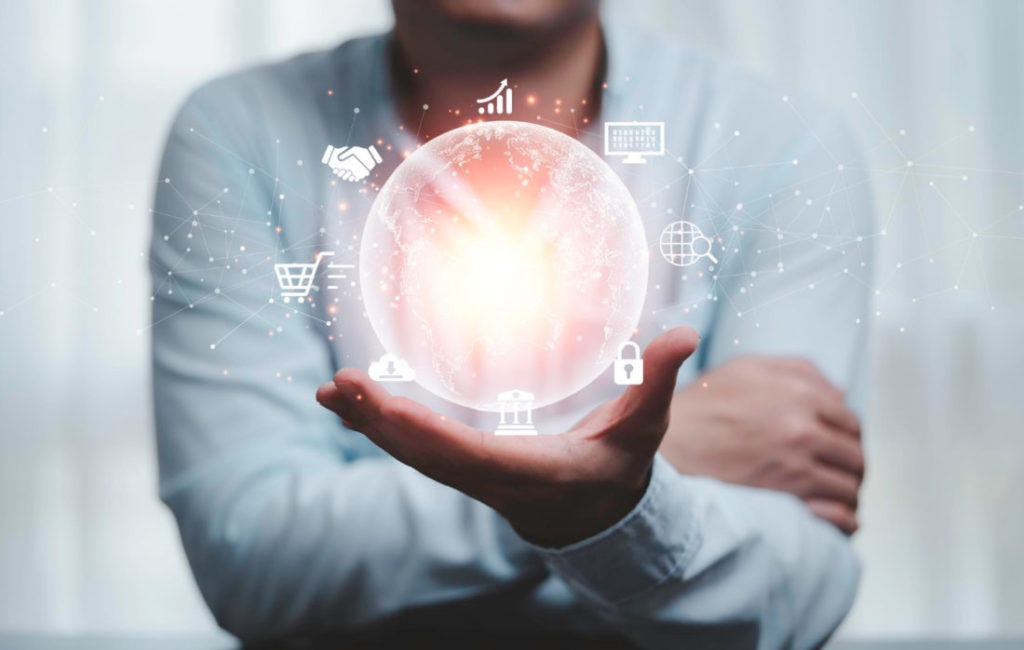 Their digital lives are a big part of their daily lives.

COVID-19 accelerated the digitization of our lives and normalized more persistent and multi-purpose online engagement and communication.

This combination of technological, social, and economic drivers results in explosive interest in the metaverse.

The possibilities for this metaverse will be limitless, but what will this change mean for the entertainment industry and life as we know it? Only time will te